During our visit to Maine, one of the places that was highly recommended as something we HAD to visit was The High Roller Lobster Company in Portland. Advertised in a few YouTube videos as a place where you could have your lobster roll exactly how you wanted it, we both were convinced that this was something we needed to try during our day trip there while we visited New England.

So, after browsing one of the local museums, we hungrily made our trek over to the restaurant touted as a MUST-SEE when visiting the coastal city.

When we first arrived, there was a line that we weren’t quite sure if it was the official line because it kind of trickled into the sidewalk. It’s definitely one of those places that when you walk past, it has you wondering what’s so good about it that warrants such a line. It made us feel pretty good about our choice and we figured out that some of them were waiting for tables while others were waiting for takeout. They had signs, which we eventually saw the closer we got the front, and that’s when we realized that one line, alongside the restaurant was waiting for tables while the other line on the other side of the sidewalk were waiting for their takeout orders. Either way, we didn’t wait very long for food at all once we figured out the line situation and ordered online.

Things are likely different now since restrictions have lifted in many places, so there may not be any lines or people waiting outside of the establishment for their food. The line also died down pretty quickly, so it could’ve also been a thing where we arrived during the lunchtime rush. That being said, the fact that the line was a lot shorter by the time we got our food (as you can see from the photo below) signified how quickly they get people in and out.

Enough of that, let’s get into the deets.

The menu was unlike anything that I had seen before when it comes to ordering from a restaurant that specializes in lobster and I mean that in the best way. You can get a lobster roll or you could get a lobster grilled cheese, a lobster salad, a lobster taco, a lobster burger, a lobster BLT, and other options. It’s like the Bubba Gump of lobster! There’s a variety of sauces and toppings you can choose from to customize your experience as well. I think if we were staying a little longer, we might have gone back to try some of their other menu options, but we were there for one day and we were at The High Roller for one thing and one thing only – the lobster roll.

We both got lobster rolls that were warmed “Connecticut Style” as it states on the website, but got different toppings. On mine, I asked for Old Bay, Garlic Mayo and I believe I got butter on it. My husband kept is pretty simple with Old Bay and butter. We didn’t get fries on the side, but we did get bottled water and our subtotal was $62 for everything. Yes, y’all $62 for two lobster rolls and two bottled waters ($3 each).

Now, the price was a little bit of sticker shock for us both, but it’s important to remember that lobster (like most seafood) changes in prices depending on certain factors like the time of the year, the supply, and I’m sure other things that those of you working in seafood stores can attest to. So, I don’t want to make it seem like The High Roller was or is the only restaurant that has expensive lobster rolls, because in some of our previous lobster roll adventures, we paid close around $20 or more for them. It’s one of the reasons why we don’t order them often, even as many times as we’ve been to New England, but I digress.

Price aside, the lobster roll was good! It’s one of those things where it’s hard for it to be bad considering that you get to decide what you want on it. Having it warmed was a very good idea, because personally, I’m not a huge fan of chilled lobster rolls. The butter, from what I remember was very good and of course, the garlic mayo was delicious. The lobster itself tasted fresh from what I remember and I felt that there was a nice amount of chunks in our order. The bread was so good and had a nice grill to it.

WOULD YOU RECOMMEND IT?

However, if you’re alright with the fluctuation in prices (as with most establishments that sell seafood), we both highly recommend it. Our lobster rolls were definitely good and definitely something that if you’re in the area and can afford to splurge a bit on them that taste good. 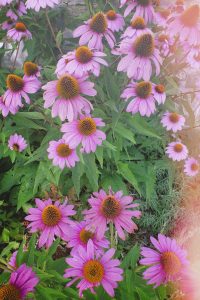 Fresh Pressed Edit/ August 2022 / Where Have We Been?
JavaScript is currently disabled in this browser. Reactivate it to…