This is not a sponsored post and we were not given product in exchange for this review. We just really like coffee and after following them on social media for years, I finally purchased coffee from them. Here’s what we thought about it.

As of Latte Coffee Review

As of Latte is a brand that I’ve personally followed for a couple of years now. In fact, I discovered them through a fellow blogger that I follow and thought that it was so cool that there was a company that existed solely for coffee lovers such as myself. At the time you could buy clothing, but today you can stock up on mugs and even coffee!

I remember saying from the moment I saw their posts on social media (I follow them on all their social media accounts) that one day we would give their coffee a try. Their flavors were always so unique and unlike anything I’d seen from any other company. As a result, it’s been a coffee brand I have been pinning to try for quite a while, now, but never have until recently.

I don’t know why it’s taken me so long to purchase from them, but it wasn’t until recently that I actually bought something from their store. Call it procrastination or just an example of “timing is everything” but my husband and I recently purchased a roast that he loves but I don’t. For whatever reason, that gave me the idea that while we finish up the batch we have, maybe we should look into finding a brew we enjoy, together. I decided that I’d try to purchase some coffee samples from As of Latte to find a batch we both liked.

The beans are in and so are our votes on what our experience was like purchasing from As of Latte for the first time. Before I get into what I thought, allow me to share what we got.

We decided to go with their sample pack because we’ve never had their coffee before.  Plus to get to sample some of their coffees for $14 is a great price considering there’s around five you can try in one sample pack. We wanted to find a brew we both liked before committing to whether we would continue to purchase from them. We figured we could try a different bag each weekend and see what we thought. By the bag was done, we’d then decide on what we liked most and keep track of it so we’d know which bag to get a full order of.

I wish I would’ve thought to get photographs of the packaging before I opened them all, but sadly I did not. However, I’d say the website does a great job of accurately depicting the size of the packages. They’re small enough for you to get around a pot and 1/2 of coffee, depending on how many cups of coffee grinds you use per pot.

For the purposes of our review, we decided that we’d rate each bag, in our opinion, by giving it a rating of 1 out of 5 cups with 5 being the best (☕☕☕☕☕). To be fair, we tried it first without creamer to get the most unfiltered flavor out of it and then tried with cream later.

Here’s what we thought.

Ro’s Rating: I actually really liked the Kettle Corn coffee. When I tried it black, I was originally worried it would be really corny (haha, get it? 😉 ), but the taste of corn was actually pretty mild. You could definitely taste the kettle corn flavor, but it wasn’t overpowering. I think some of that may have to do with the fact that it seems like they use actual corn kernel pieces in the blend as opposed to artificial flavoring. ☕☕☕☕☕

Han’s Rating: I didn’t really like the smell personally or the flavor. My wife loved it, but I think because I do not really enjoy kettle corn, I knew going into it that this would be my least favorite. ☕☕☕

Ro’s Rating: This one, by far, was my favorite. As with the other blends, the flavor is there but rather than it overpowering the flavor of the coffee it enhances it. The smell is amazing and it gives my coffee a nice mocha, nutty flavor that works well with my oat milk creamer. ☕☕☕☕☕

Han’s Rating: I really liked this one. I felt that it was bold and flavorful. ☕☕☕☕☕

Ro’s Rating:  Personally I was looking the least forward to this one because I was worried the flavor would taste too fruity. I usually do not like my coffee to have any fruity undertones to it, but that’s just my personal preference. However, it was good! It’s not super tarty like I thought it would be. ☕☕☕☕

Han’s Rating: I thought it was good! It does not have a fruity after taste or smell to it, as you might expected based on the packaging – which is a good thing. ☕☕☕☕☕

Ro’s Rating: When I tried it black, it was actually pretty good. It’s semi-sweet with some acidity. I like that it’s sweet, but not overpoweringly sweet. I think that you taste the flavor the most when it’s served black though because as soon as you add cream (my choice was oat milk) the flavor becomes a little less potent. ☕☕☕☕

Han’s Rating: I liked this one, but I think since this was the first one we tried, I can’t really remember the exact taste of it. However, I remember that I enjoyed it and thought it tasted good. ☕☕☕☕

Ro’s Choice: I would have to say that the Midnight Snack blend was my personal favorite. I am a sucker for chocolate/mocha-flavored things and I loved how this blend smelled and tasted. I will say that I loved all of the blends though and was surprised at how well As of Latte managed to achieve the aroma and taste of these flavors without it being overpowering. However, the Midnight Snack one takes the cake for me.

Han’s Choice:  If I had to choose, I’d have to say the Midnight Snack one was my favorite. I loved the bold, chocolatey flavor and it paired well with the creamers that I chose to enjoy it with. I think if we are to purchase from them again, I would like to purchase this blend.

WOULD WE ORDER FROM THEM AGAIN?

We were really pleased with the service. I’ve been following them on social media for quite a while, so I had high expectations of the quality of coffee we’d receive and I was not disappointed.

I would order from them, again. We’re considering doing the coffee subscription service because it would take a lot of the “WE’RE OUT COFFEE” moments knowing that our coffee is on the way at the same time every month. It’s also good coffee and now that we know a brew that we both enjoy, we can continue ordering it until we get another one.

Have you tried As of Latte Coffee? What did you think of it? 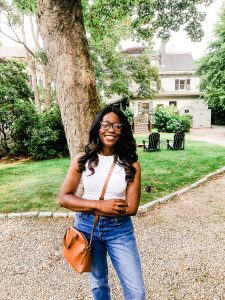