Since my husband and I got married in the fall, whenever we want to go on anniversary vacations on our anniversary, we have accepted that we’re probably going to have to bundle up. While it really depends on where you go and what the weather trends are for that year, for both of our anniversary trips we traveled up north to New England. We both have a soft spot for Boston accents, so after traveling to Boston, we decided we wanted to visit the area more and begun to fall in love with it.

While I don’t see either of us moving there ever, it’s become a nice vacation spot for us and something we look for to, when we can afford to take the trip.

However, it’s very cold in the fall…like very cold.

I remember for our first anniversary we went to Provincetown, MA and oh my gosh was it cold. We were bundled up the entire time because if you’ve never been to Provincetown, it’s the furthest-most point of MA, surrounded by water on three ends. The other parts of MA and Rhode Island we visited during our trip weren’t any different.

However, cold weather didn’t stop us from enjoying our trip and enjoying our time together! If you’re spending a weekend or a week in New England during the winter for the first time, here’s some tips we’ve learned from our visit!

Pack Warm Clothes: It’s going to be cold. While we’ve only been twice, every time we’ve gone – regardless of where we’ve visited in New England, it’s been cold. Mind you, we’ve gone in mid-November, which technically isn’t even winter yet, so I can only imagine. Pack your warmest sweaters, jackets, and boots.

Check to See What’s Open Ahead of Time: Sometimes stores close for the season, so it’s important that if you’re looking forward to trying something specific that you check to make sure it will even be open. For example, many of the clothing stores and lobster shops in Provincetown, MA were closed when we went. While it was nice because it was nearly as crowded as I’m sure it is in the summer, we ended up traveling outside of Provincetown a lot because so many things were closed and it tends to be more of a resort town.

Plan Your Itinerary Ahead of Time: Bouncing off of the last point, something that was super helpful for us the second time around was to have what we wanted to do and see planned before we went. Realistically we cannot see everything New England had to offer, but by narrowing it down to things that were feasible that we really, really wanted to see, we enjoyed it a lot more. It also takes out a lot of the guess work.

Look for Indoor Options Such as Museums: When in Provincetown we visited the Pilgrim Monument and Museum. While we were in Boston, we visited the museums along the Freedom Trail and when we were in Connecticut, we visited pretty much all of the Yale museums. Although we’re history nerds and we love learning new things, we did this because it was super cold outside. Museums gave us an opportunity to learn more about the area while we warmed up.

Stay Away from Cold Drinks: I usually drink iced coffee in every weather, but getting iced coffee during our last visit to New England was a mistake because I was so cold as a result. It was delicious, but I was freezing.

pin it for later

What are your tips for traveling to places that are typically cold? 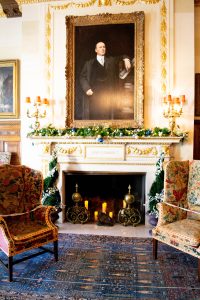