If you’ve been following along with our blog for a little bit, you’re probably aware that something I’ve recently picked up over quarantine has been making lattes at home. It started as something we did to give us our latte fix when cafes were closed in our area, but now it’s something that enjoy. While we still love treating ourselves to lattes outside of the house during the weekend, getting more creative with our coffees at home has helped us save money and try something new. Although as I’m writing this, things have opened up, we’ve still resorted to making most of our coffees during the week at home.

One of my many go-to drinks lately has been this mocha cinnamon latte that’s easy to make and quite delicious. I enjoy it because it’s really easy for me to make in the mornings and tastes great! Here’s my recipe for making your own Spiced Mocha latte at home!

Similar Spiced Mocha and Cinnamon Lattes to Try at Home:

If you’re looking to try a few more lattes to add your recipes for coffee at home, feel free to check out these delicious Spiced Mochas or Cinnamon Lattes on these other bloggers’ websites! 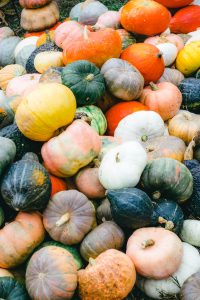 Fall Activities to Do While Social Distancing
Since fall is my favorite season, my husband has become…