My Process for Creating Bright, Airy & Moody Photography in Lightroom

If I had to describe my editing style, I’d say bright, airy, and moody. It’s a mixture of the things that I love about bright and light photographs (the whimsicalness of it and how it allows the viewer to see all of the colors within the photograph) and the things that I love about moodier photoshoots (the deeper hues, darker blacks, matted and/or grainy textures). While much of which one I decided to emphasize more depends on the photographs, the lighting, and the purpose of the photoshoot, I’d say that most of the time it’s a mixture of both.

The trick to doing so can take a while when you first get started, but once you get used to it it’s pretty simple, which is one of the reasons why it’s my go-to. If I had to sum up what I’m about to explain in a short sentence, I’d say it’s all about the hues and the exposure. Allow me to explain my process.

The first step whenever I begin editing a photograph is that I usually increase the exposure on the photograph. I do it very little so that I give myself room to play around with the white balance in the photographs while also allowing me to see what I am working with in terms of color. Sometimes, after I increase the exposure, I notice that I do not need to do much else in terms of increasing the white balance, so then I move onto the next step.

LOWER THE CONTRAST OF THE PHOTO:

Since I know that I am going for something a little more muted in terms of color, I actually lower the contrast in the photograph. Doing so also allows me to have more freedom with the other settings I tend to adjust such as the black balance and the vibrance. I usually do not make it any lower than -23.

It’s ultimately up to you and the vibe you are going for with your photographs, but if I usually increase the highlights if I am shooting photographs in a setting that’s darker or outside on a day with lower sunlight. On days where it’s brighter outside or I am in a setting where there’s more natural or artificial light, I lower them. Doing so makes the photograph from being over-exposed – especially since at this point I’ve already increased the exposure of my photograph.

See how gritty it makes my hand look?

ADJUST THE BLACK BALANCE TO THE LEFT:

At this point is the point that I’ll increase the saturation as one of the last steps. I may go back and adjust different settings as it pertains to lighting in the photograph or I may adjust the vibrance and the clarity a bit, but usually after this step I am done. I like to increase the saturation to bring a little bit of color into the photograph by enhancing the ones that are present in it. If the saturation enhances too much of some of the colors I do not want to highlight, I’ll adjust them later in the hues section in Lightroom.

AN ADDITIONAL TIP – ADJUST YOUR BLUES:

One of my favorite things to do in practically all of my photographs if I’m hoping for a moodier photograph is to adjust the blue hues. I may the lower the saturation on the aquas for a deeper hue or change the temperature of the photo to a bluer hue if it’s too warm or orange.

For example, in the photograph below, I adjusted the temperature to about 4,500 – which means that I dragged the arrow further towards the blue side. See the difference in makes in the edit on the right when I didn’t touch the temperature on the photograph? It’s still stunning and would look great if you’re looking for a warmer edit, but if you want something a little moodier, adjusting your blues and/or your temperature will make a difference.

As you can see, it still has it’s warmth, but it’s a little bit moodier than the edit on the left.

That’s it! While there are adjustments as I’ve mentioned above, that I may tweak depending on the composition of the photograph, the lighting, and what I am going for, but these are essentially the process I use for adjusting my photographs. It can be pretty time consuming, so I am a frequent user of presets such as our own to edit the photographs that I take.

If you’re interested in learning more about my editing process, particularly for people of color like myself, feel free to subscribe to our newsletter! While we frequently share life updates and our favorite coffee finds on this newsletter, there’s a segment of that newsletter you can subscribe to below that will allow you to get emails from us strictly on photography-related content. Get our photography-related posts, exclusive deals to our store, freebies as they’re made, and exclusive tips as we share them sent straight to your inbox no more than once a week!

If you subscribe today, you get some of our XMP presets for free that I sometimes use for the photographs I’ve edited and shared on our blog!

What are some of your go-to tips for your editing process? 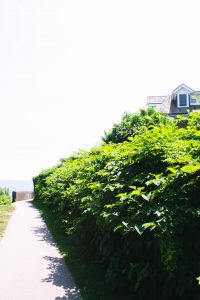 Tips for Traveling & Experiencing Newport, Rhode Island on a Budget
Disclaimer: This post was written before 'Rona so some of…