If you’re looking for a place to have a nice meal, served by friendly servers in a cozy environment, you’ll love Lena’s Confectionary!

This was another place that our amazing hosts recommended that we visit because it was delicious and had some incredible food. I found their recommendations to be very helpful because it took out a lot of the guesswork for us and made it so we could spend more time enjoying the trip. I would say that most of the places we visited were recommended by our hosts, who are locals living in the area.

We came at a good time on Saturday because we were determined to wake up early to make the most of our time in New Haven. Proof of it is that when we arrived the next day on Sunday, hoping to try something new, there was a wait for a table because it was so packed.

When we arrived, there were still quite a bit of people there, but we missed the rush by what seemed like minutes because not too long after we sat down and were greeted by our server, people began filing in.

I ordered the peppermint mocha latte to go along with my corned beef hash, eggs, potatoes while my husband got a regular coffee, chicken and waffles.

The food and coffee were both amazing.

The corned beef hash, which I tried because it was described as being prepared in a way that was unique to Lena’s, had horseradish and onion in it. The flavors reminded me a lot of like having a corned beef sandwich with a horseradish spread. It was yummy and definitely the most unique corned beef hash I’ve ever had. I think even rather than the potatoes being mixed in, it was cooked on the top like a casserole, which was really delicious and ensured that every bite included a piece of potato. The side of potatoes were roasted so they weren’t soggy and were very well seasoned.

My husband’s dish, which I didn’t get a chance to try, he says was amazing and was what he wanted to order when we intended to come back the next day! The chicken looked very crispy and well-seasoned.

I think if we lived in New Haven, we could see ourselves regularly attending this restaurant on weekends that we’re off and able to do so. The portion sizes were good and the food was amazing.

If you’re ever in the area, I would definitely recommend you stop by to try these meals! 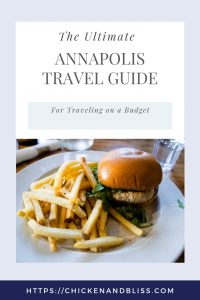