The most recent Wallethub ranking had ranked Wilmington, DE as the 72nd most fun US city out of 182 cities! Being that I grew up in the Wilmington area, I am hype! Philadelphia ranked high as well, being that it’s the 6th largest US city and all. I consider Philadelphia my adopted city as I had lived there for over a year and now live immediately outside the city. Also, my hometown is considered a part of the Greater Philadelphia Metro/ Delaware Valley Metropolitan area. I had discussed some major attractions already in the blog but I also wanted to talk about places that I want to visit as well.

I am a self-proclaimed ambassador to the area and with the recent ranking, I feel reinvigorated to make the case for why Greater Philly/ Delaware Valley is such a great place to visit. We’ve talked about some of more major attractions in Wilmington, like Winterthur, Nemours Mansion and Gardens, and Hagley Museum. However, these are all outside of Wilmington city proper, which is only 10 square miles. There are other cool places within the city that are worth a visit as well. Some places I’ll mention are places I have yet to visit but sound very intriguing to me.

I don’t remember if I had a chance to visit The Queen, live music, and a performance venue since Live Nation took over. Live Nation is trying to bring in bigger acts than before. I’ve been to several shows before Live Nation took over when World Cafe Live ran it. I’ve seen Sixpence None the Richer there. I saw some cool local bands. I saw a Sublime tribute band, Badfish. My favorite concert that I have ever been to of all time, was The Wailers (as in Bob Marley’s band) at The Queen. It is a pretty decent size indoor venue. It has a mixture of new renovations on the inside as well as what appears to be some of the original design. It had been a hotel built in the 1800s and a movie theater from 1916-1959. It was dormant for years until it reopened as World Cafe Live at the Queen in 2011. Live Nation took over a few years ago. The main stage has very high ceilings that make for amazing acoustics. They also have a smaller stage as part of the restaurant/bar called Knight’s Bar.

They have just recently opened a Cajun restaurant/duckpin bowling alley in downtown Wilmington called Wilma’s. I haven’t yet been there, but I have been anticipating going here since they had made the announcement that they were opening it. Duckpin bowling is like regular 10 pin bowling except they use smaller pins and smaller bowling balls. You also have 3 rolls instead of just 2. With the smaller balls, it is more challenging to knock all the pins down with just 2 rolls. I’ve been told the food is very good as well.

Other attractions that are relatively new are the beer gardens. There is Constitution Yards at the Wilmington Riverfront. It’s an outdoor recreational space with volleyball nets, cornhole, and ax throwing. Of course, there are stalls to buy beer and also food stalls. In the winter, they make it into an ice rink. Constitution Yards is open more seasonally. A newer beer garden called Maker’s Alley is open year-round. They have a bar area that is open with a roof over it during warmer months. I believe it becomes enclosed during the winter. They also have an outdoor seating area and a kitchen to order food from inside a 1964 Airstream. They have a fire pit during the winter in the outdoor seating section as well as games like Connect Four and Cornhole. Other places that I haven’t been to yet but would like to visit are Wilmington Brew Works and Xtreme Zone Go Karting.

Philadelphia is known for historical attractions such as Independence Hall, Liberty Bell, the Museum of the American Revolution, and the National Constitution Center. These are all very cool and interesting places but my goal is to be in the know of the cool places that only locals know about. I’m not quite there yet but there are some cool things I know about that are more off the beaten path. While we have been a lot of places in Philadelphia, there are still many places that I’ve only heard of but haven’t been able to experience yet.

One place that is kind of off of the beaten path that I have been to is the Benjamin Franklin Museum, not to be confused with the Franklin Institute Science Museum. Admission is just $5 for adults and $2 for children. You can learn many interesting details about Benjamin Franklin and his life. They also have a live demonstration of a printing press that Ben Franklin would have operated in his print shop. I think this is the most bang for your buck museum in the city.

THE MUTTER MUSEUM & THE UNIVERSITY OF PENN MUSEUM OF ARCHEOLOGY

Other interesting museums that may not be available in other major cities are the Mutter Museum of medical oddities and Penn Museum of archaeology and anthropologies. The Mutter Museum may not be for everybody as it exhibits actual body parts that show what diseases and rare medical conditions look like. It may be kind of morbid or gross but it is interesting and you wouldn’t find anything like it in most cities. The Penn Museum has exhibits and information about ancient civilizations of different parts of the world. They tell you about how those civilizations came to be and how they lived.

Other places that I have heard of that I haven’t been to yet but would like to go to are: The Neon Museum of Philadelphia, Philadelphia Insectarium and Butterfly Pavilion, and Free Tours By Foot Philadelphia. The Neon Museum exhibits old historic neon signs from throughout Philadelphia and elsewhere. The Philadelphia Insectarium is exactly what it sounds like. It’s basically an insect zoo. Free Tours on Foot offers guided historical and food tours. The tours are free and pay what you wish to tip the tour guide. Maybe I can actually visit these places someday and get to tell you about them more in detail. Or if you see them first, you can tell me how cool it is and convince me even more to go!

When visiting any city, it’s good to be in the know of what places to go for food and whatnot. I remember one time when I was still living in Delaware, I had visited the Philadelphia Art Museum (where the Rocky steps and Rocky Statue are) and afterward, didn’t know where to go to eat. We ended up eating dinner at an Applebees in Center City. An Applebees! You don’t want to eat at Applebees when this city has so much more to offer in local cuisine. South Street is kind of a tourist trap but you can’t go wrong with cheesesteaks at Jim’s Steaks. The best places to eat are on East Passyunk, Northern Liberties, Fishtown, Manayunk, Chestnut Hill, and places scattered around South Philly. South Philly is a very multicultural place. There are great Italian restaurants, Mexican Restaurants, and Vietnamese Restaurants. South Philly is home to some of the highest concentrations of Cambodian restaurants in the entire United States. In the warmer months until the end of October, they have outdoor Cambodian food vendors in a large park in South Philly called FDR park.

In closing, there’s a lot to do and a lot to see in Philadelphia, which is one of the many reasons why it has such a special place in our hearts as locals to the area. We’d love to know what you think if you visit any of these places! 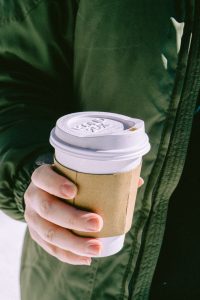 Fresh Pressed Edit / January 2022
JavaScript is currently disabled in this browser. Reactivate it to…