If you’ve been reading our blog for a while, you’re probably aware that neither of us have been posting as normally as we usually do. We typically seek to post one post a week, but there has been a lot that has transpired in the last several months and as a result, posting regularly on our blog has taken kind of a backseat to other things in our lives. Even posting on Instagram has felt like a chore and I (since I post the most on it), haven’t felt up to posting any new content regularly.

I thought about trying to force content out for the sake of continuity but it feels disingenuous and admittedly, even that has felt difficult to do as of late with everything going on. It just feels ingenuine to me to be posting about certain things right now when we’re both still trying to wrap our heads around the fact that there were numerous mass shootings recently, wars in other countries leading to mass casualties and so much that we are all trying to muddle through while living life as best as we can.

So, we’re going to take this as a sign to take a hiatus from actively posting on the blog for the months of June, July, and possibly August. If we decide to cut that hiatus short because some circumstances have changed or we find ourselves feeling a surge of inspiration and energy to write again before then, we’ll return with a Fresh Pressed Edit post.

We thank you for your readership. If you’d like to be notified when we do come back and you haven’t already, feel free subscribe to get new posts sent straight to your inbox by signing up at the form in the sidebar or below. By doing so, you’ll be able to read our latest posts as soon as they go live on the blog. 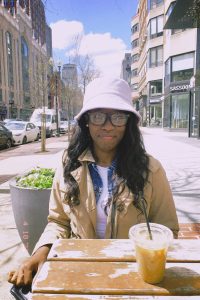 Fresh Pressed Edit / April 2022
JavaScript is currently disabled in this browser. Reactivate it to…