Top
THIS POST CONTAINS AFFILIATE LINKS, WHICH MEANS THAT I RECEIVE A SMALL PROFIT, IF YOU CLICK THE LINKS AND MAKE A PURCHASE. THIS COMES AT NO COST TO YOU, BUT HELPS TO SUPPORT THE COST OF KEEPING A CUP OF KIMS UP AND RUNNING. THANK YOU FOR SUPPORTING THIS SPACE!

“You wanna go to the Morris Arboretum?”

Originally, we had planned to venture to New York on a brisk, November day. In the same tune of trying to make the most of the fall season after missing a chunk of it due to some personal things going on, we figured we’d wake up early, head to New York, and explore some of the museums in Brooklyn. Long story short, that didn’t happen, but we still wanted to go somewhere together, so after looking up some places on Yelp, I looked at my husband and said, “you want to go to the Morris Arboretum?”

We’d gone past it many times on the way to and from various locations and I’d gone as a child in elementary school, but my husband had never been. In fact, whenever I brought the idea up to him previously, he typically wouldn’t want to go, so you can imagine my surprise when he actually said yes. So after getting ourselves together, we grabbed a quick bite to eat a local cafe and then made our way over to the arboretum. 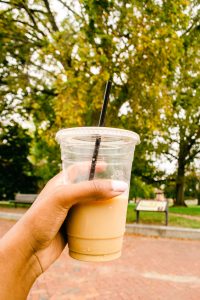