What I Love About New England

When we first started dating, one of the first things my wife and I had connected on was our love of what is commonly known as a Boston or New England accent. One of the first movies we watched together was The Heat with Melissa McCarthy and Sandra Bullock. Our favorite part of the movie was when Sandra Bullock’s character meets Melissa McCarthy’s character’s family. They are sitting around a dinner table and one of her brothers asks Sandra Bullock, “Ahh you ahh you naht a nahhc?” (Forgive my poor attempt at transcribing the exaggerated Boston accent saying you or are you not a narc from the film).

This is still a running joke between us today.

Recently, we took our third trip to New England and it was such a wonderful time. It’s a place that although neither of us are originally from, has a special place in our hearts. Here are a few reasons why.

We’ve only visited the coastal areas, so we did not head inland this trip but the areas we have seen are beautiful. We love the visual aesthetics of Cape Cod and the Boston skyline on the harbor. We love all of the ocean and bay views along the coast. We love the sandy shores and historic streetscapes. We love Rhode Island’s rocky shorelines and quaint shore towns. It’s a beautiful place to go.

We love seafood and how in New England there’s an abundance of it – and it’s fresh! While we could not afford to visit as many seafood spots as we wanted to while we were there, we definitely enjoyed the seafood we did have. Plus, there’s nothing like fresh fish with delicious seasonings.

My wife laughs at this, but one thing I really like about New England is that every single gas station I’ve been to had a bathroom! I have this thing where I have to wash my hands after I pump gas. I do this just in case I might have gasoline residue on my hands and get it all over the steering wheel. It’s one of the reasons why when we’re home, I only go to gas stations where I know they have a bathroom.

In New England though, even small gas stations that don’t look like they would have a bathroom when you look from outside, have bathrooms! I still tried to err on the side of caution when picking a gas station but my theory hasn’t failed me yet!

Last, but not least, one of the things I love is the history of New England. It’s one of the things we love about living on the Northeast coast is that there’s so much of it and in New England, there’s a little something for everyone. If Revolutionary History is your thing, you’ll enjoy the Boston Tea Party Museum and the site of the Boston Massacre in Boston, MA. Are you a fan of the Gilded Age? There are quite a few mansions you can browse in Newport, RI. Whatever your favorite period of history is to learn about, there’s a museum or a site for that.

What is your favorite thing about New England? 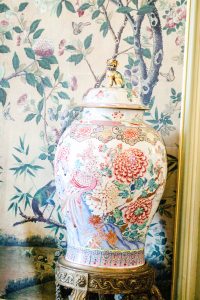