New York is known as being the City that Never Sleeps, but it’s also expensive. Here’s how we traveled to New York City on a budget and what we did!

How We Traveled to New York City on a Budget

When you go to New York City, there are certain things that you notice.

It can be kind of overwhelming. There are so many sights, sounds, and smells (some really good, some really bad). It’s kind of sensory overload, but in my opinion, that kind of environment can quite exciting!

There’s so much sightseeing you can do, places to shop, and lots and lots of food to eat! Then when you start to do those kinds of things, there’s something else you notice about NYC – it is REALLY expensive!

Whenever we visit cities, we frequently go to museums, so when visiting New York for the day, the first thing we researched were museums to visit while there. NYC has so many museums, and so many museums in NYC have so many dollars in their admission fees! However, there are some things that are quite a bargain that you can do to save money.

If you are driving to New York and you want to avoid paying crazy amounts for parking in the city and you don’t want to pay for parking at a train station plus pay for the train, you want to take the Staten Island Ferry. If you get there early enough, you park in a municipal lot for just $8 for the entire day! When we went a couple of weeks ago, the municipal lot was full so we went to the closest parking garage we can find. We found a parking garage at Empire Outlets. To be honest, I don’t know if there were other better prices for parking nearby but we were trying to catch the ferry (which runs every 30 minutes on weekends) to try and make the most of our day trip there.

We parked there from around 11:30am and left close to 5pm and we only paid $18 for the whole day! That’s a bargain, especially in NYC. If you didn’t know, taking the ferry to and from Manhattan is free. The view on the Upper New York Bay of the Statue of Liberty and the Lower Manhattan skyline is pretty cool. Especially considering that you are on the free ferry ride.

While you can drive into New York if you must, it is a hassle getting around the city in a car. You have to pay for tolls and pray that you did not accidentally park in a spot you weren’t supposed to. Cabs and rideshare apps are convenient, but they can add up. So, if you want to save money while traveling in NYC, I recommend taking the subway.

If you’ve ever taken the subway system in NYC, you would know that it is very extensive and pretty convenient to use to get all around the city. It’s one of, if not the largest subway system in the United States, so you can get anywhere in New York on the train.

If you want to cover a lot of ground and make the most of what you can see within a certain time frame, you would want to utilize the New York subway system. It’s the cheapest and most convenient way to get around.

In Manhattan, we had a few slices from Joe’s Pizza, which is the quintessential New York slice, according to a few New York natives in the Youtube videos I watched. The line wasn’t nearly as bad as some other well known NYC pizza spots, but the pizza was in my opinion, better than some of the others I have tried. I think I enjoyed the second slice more than my first slice. Maybe the cooling that happened while I ate my first slice brings out more of the flavor? I thought the most remarkable part of their pizza is their crust. If the rest of the ingredients are pretty good, I think you can get away with a mediocre crust, but a superb crust elevates the whole experience. It’s definitely worth the price.

Unrelated to pizza, but we also went to this cafe in Midtown that my wife really wanted to go to. I think she really wanted to see the decor of the place? I don’t know…not really my thing. I did have a matcha tea though, which was pretty good.

The highlight of our trip was the New York Transit Museum in Brooklyn. Which brings me back to my point about affordable things you can do in New York.

To learn about what went into building the subway system is pretty astonishing – especially how dangerous and arduous it was for people building it. It is something you do not often think about. Also, the socio-economic implications when tied to the history of the city regarding the diverse populations are pretty interesting. There is a section of the museum with replicas of subway cars over the years since the subway was in operation was very cool. Not only could you see the differences of the cars themselves but they had ads posted upon them that correspond to the time period that they were in use. That was very interesting and amusing.

(Related Post – Visiting the New York Transit Museum: How to Get There & What to Expect)

You can’t see everything there is to see in NYC in one or two days. I’ve been to NYC a handful of times throughout the years and there’s still things I haven’t done or seen that I would like to do! For example, there is a Food Museum in Brooklyn and a place where they serve pizza where the pizza crust is made from chicken! There are also a number of boat cruises where you get different perspectives of views of the city skyline from the rivers and bay that surrounds the island of Manhattan. If not all, there are cruises that serve food and drink on-board. I could go on and on about the things you can do in New York City, but I will save that for another time.

Anyway, these are just a few examples of the many things you can do in New York City on a budget based on what we did during our most recent trip there.

What about you? Do you have any bang for your buck places you’d recommend in the city that never sleeps? 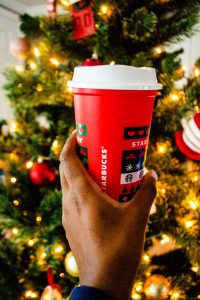 A Gift Guide for Educators Under $50
JavaScript is currently disabled in this browser. Reactivate it to…